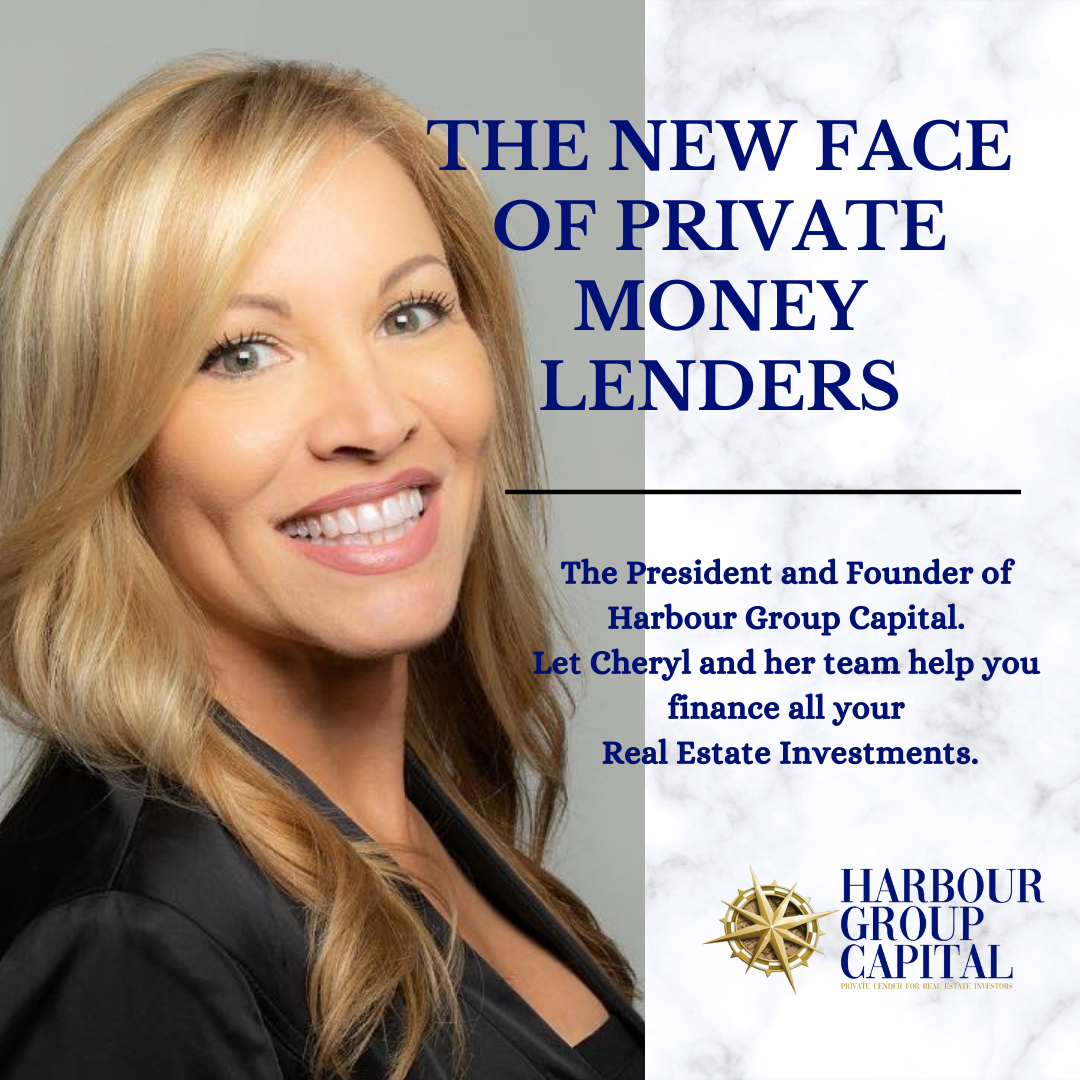 The 20 Most Successful Female Entrepreneurs in the World

Want to find out which female entrepreneurs are dominating the business world? Here are 20 women who have broken the glass ceiling.

Men have been at the top of the leading board for years, dominating the world of business. But with the rise of influential women like Coco Chanel and Estée Lauder came the launch of a whole new era for businesswomen across the globe.

Today, women are sitting side by side and establishing their businesses as household names in a variety of industries, including publishing, technology, fashion, broadcasting and beauty.

And to inspire you to do the same, we’ve listed the top 20 female entrepreneurs in the world today.

Sophia Amoruso had her fair share of knockbacks when building her empire but has since managed to pull through and create an inspiring brand for Millennials. In 2015, she stepped down as Nasty Gal’s CEO and watched the company file for bankruptcy, but this was just a setback and went on to develop her new venture, Girlboss, a site that’s dedicated to advising and empowering women on wellness, beauty, careers and more. Although she went from having a net worth of $280 million in 2016 to $5 million today, her entrepreneurial spirit landed her a spot on this list!

Huda Kattan started her beauty empire after she quit her finance gig in Dubai. Struggling to find great quality false eyelashes as a freelance makeup artist, the beauty mogul decided to start making her own synthetic and faux minx eyelashes. After becoming the new ‘it’ product for Kim Kardashian, Huda Beauty lashes sold out within the first day, making makeup queen Kattan a person to look out for. Since then, her beauty empire has expanded to skincare with the launch of her new range Wishful, promoting natural, glowing skin.

After gaining work experience in some of the biggest fashion houses in the world, including Polo Ralph Lauren, Vera Wang and Loewe, Tory Burch decided to spread out her wings and build her own label. In 2004, she launched her very own fashion brand, which has become a huge success with unique and on-trend designs. With her rise to fame, Burch wanted to get involved in philanthropy and founded the Breast Cancer Research Foundation, which supports women with cancer and provides awareness to young women about the disease.

Arianna Huffington is the co-founder and former editor-in-chief of the successful news website HuffPost (previously the Huffington Post). After creating a digital news outlet, Huffington set her sights on launching a series of books, including the most recent, The Sleep Revolution. She also manages the wellness site Thrive Global and offers a six-week course to improve people’s overall wellbeing.

British novelist JK Rowling faced her fair share of obstacles and rejection when she was trying to publish her first book, Harry Potter and the Philosopher’s Stone. Once she managed to break through the publishing barriers, though, Rowling’s books became an instant hit seemingly overnight, turning the book series into films, merchandise and even adventure parks.

Vera Wang was a late bloomer, compared to the rest of the ladies on this list. It wasn’t until she designed her own wedding dress at the age of 40 that she decided to start her own fashion label. Luckily, Wang had all the right contacts, having worked at Vogue magazine, to make her brand a success. She has since expanded her company and now designs everything from jewellery to homeware and kitchenware, as well as clothes, shoes and accessories.

Martha Stewart grew to stardom as a celebrity chef, publishing a number of cookbooks and writing columns for several magazines. In 1997, the businesswoman centralised all her ventures with the creation of her media company, Martha Stewart Living Omnimedia. She has since delved into TV and radio, and she continues to focus on her cooking success.

Following a career in furniture design, Cath Kidston decided to branch out and open her own store in 1993 that sold her quintessentially British, vintage designs. When vintage started trending again a few years later, the store quickly became a huge success and is now a household name on the British high streets.

Finding a service provider in a time of emergency is hard – you call whoever has been recommended and hope for the best! And that’s where Angie Hicks saw a huge gap in the market, forming a service that no one else had provided before. Angie’s List helps you find the ideal household service that is right for you – all at the click of a button!

With little money to invest in her idea, Sara Blakely, the future founder of Spanx, faced rejection after rejection from investors when launching her brand. It wasn’t until Oprah Winfrey publicly acknowledged her business idea that her company got off the ground.

Denise Coates is the successful owner of betting site Bet365, which took her a year to develop and launch. She managed to fund the business by getting a £15 million loan from the Royal Bank of Scotland (about $20 million), turning it into one of the world’s largest online gambling sites.

Cher Wang is the founder of the billion-dollar tech company HTC, which is focused on creating new and innovative smartphones. Despite slumps in the market, Wang strives to turn the business back around and create new devices to boost sales.

Kiran Mazumdar-Shaw is not only known for her staggering wealth but also for being India’s first female entrepreneur. She founded the business Biocon in 1978, which focuses on biopharmaceuticals sold in over 120 countries across the globe.

Finding a niche in the market can be difficult, but Jennifer Hyman managed to do just that by making the runway affordable to all the Carrie Bradshaws out there. The genius subscription package allows you to rent a designer dress, wear it to an event and send it back in a prepaid envelope, all at the click of a button.

Media mogul Yang Lan is undeniably the most powerful woman in the Chinese media. She not only founded the Sun Media Group but is also a journalist and talk show hostess. She’s interviewed many famous faces, including Bill Gates, Hillary Clinton and Keanu Reeves.

Beauty connoisseur Robyn Fenty, also known as Rihanna, may have started her career on stage but has become an entrepreneurial idol. Since releasing her 40-shade inclusive line of foundations, she has become a household name in the beauty industry. She also owns Fenty x Savage and Fenty House with LVMH, being the only artist to come under the house responsible for other high-end brands like Givenchy and Dior. Her most recent expansion of the Fenty brand includes a skincare range suitable for all skin types.

At the young age of 21, Kylie Jenner became the world’s youngest ever female entrepreneur, which, naturally, caused an uproar due to her celebrity background. All arguments aside, however, Jenner has proved to be an extremely successful entrepreneur with her ever-growing beauty brands: Kylie Cosmetics and Kylie Skin. According to Entrepreneur, her business has grown at a faster rate than any other beauty brand before her, proving that she has an effective business strategy.

Talk show queen Oprah Winfrey is the founder of Harpo Productions, the Oprah Winfrey Network (OWN) and the Oprah Winfrey Leadership Academy for Girls, but she wasn’t always successful. Coming from a poor background, Oprah started from the bottom and built an empire as one of the most influential women in the world. Starting off as a news anchor, she moved onto her own talk show and has invested lots of time and money into philanthropy – a true inspiration for us all!

Beyoncé’s fortune began in music, yet besides being a vocal powerhouse, she has established herself as a great entrepreneur. Despite her fashion successes with House of Deréon, Ivy Park and her own fragrance line, the Queen of Pop has also been loyal to her history. Beyoncé became the first black female to headline Coachella in 2019, leaving a true mark on history and female empowerment.

You’ll recognise Sofia Vergara from her on-screen role as Gloria Delgado-Pritchett on the hit ABC series Modern Family. Still, the Latina has also expanded her business beyond the small screen: in 2019, Sofia cofounded an underwear business called EBY with Renata Black. Her company sells subscription boxes with seamless underwear for all shapes and sizes. The founders then take 10% of the profits to offer small loans to women wanting to make a living for themselves.

This article is an updated version of a previous article originally published on 16 November 2018.

By Joanna Zambas, Content Manager and Career Expert at CareerAddict.

Get Started Connect with a Loan Consultant

Finding a hard money loan can be time consuming, complicated and frustrating. That’s why Harbour Group Capital, LLC’s process is simple and straightforward. Our mortgage professionals have the knowledge and experience necessary to provide a loan tailored to your exact needs. With 24 years’ experience in the mortgage industry, we’ve created a platform geared to supporting our investors by providing impeccable service and endless support.

At Harbour Group Capital, we set out to create a lending company that was focused on the customer experience first, it’s why we offer a variety of loan options with highly competitive rates. We’ll keep it simple, friendly and straightforward.

Subscribe to our newsletter to stay up to date with our latest news and offerings. 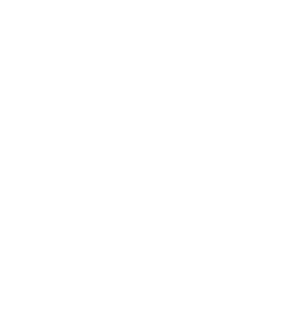 Harbour Group Capital, LLC serves as the originating entity for all loans. Loans only apply to residential, non-owner occupied properties. Rates, terms and conditions offered only to qualified borrowers, may vary upon loan product, deal structure, property state or other applicable considerations, and are subject to change at any time without notice, shall only constitute a general, non-binding expression of interest on the part of Harbour Group Captital, LLC, do not create any legally binding commitment. Closing times are in business days and commence upon receipt of appraisal payment and satisfaction of borrower conditions. Harbour Group Capital / Affiliates License ID #1804080